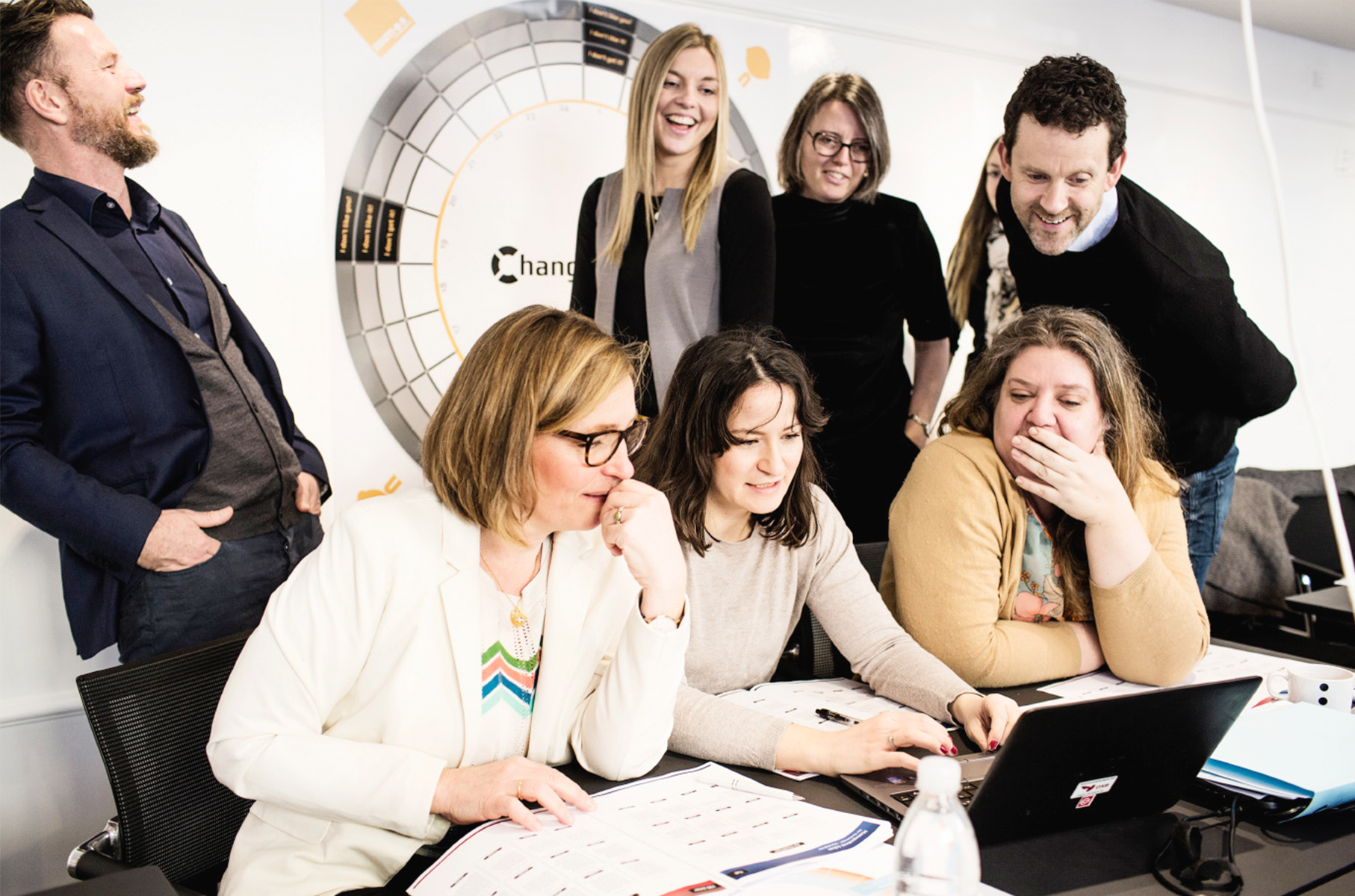 While we at the Actee office have been busy doing Actee-stuff, reading newspapers and playing games, we’ve totally forgotten to mention that the Danish industry media, ShippingWatch.dk has been writing an article about how one of our end-users, DFDS, has been using our games as part of their training program.

This is a translation of the original article brought on Shippingwatch.dk the 25th of January 2019

Under the headline “Shipping companies let talents play games to achieve better leadership”, the article depicts how Danish Shipping giant, DFDS, are using the games of Actee as part of the leadership training program.

DFDS started to use Actee’s games a couple of years ago. Through the games’ simulated real-life business challenges and decision-making processes that you will face as a leader. Along the way, they will meet the consequences of their choice and how they impact the fictional stakeholders and business.

DFDS’ Head of Learning & Development, Birgitte Kjærsgaard, tells about the benefits of using ActeeChange in the organization. According to her, it made the organization able to gather around an easily accessible platform with a gamer element to keep people engaged. It makes it possible to work in groups which also adds a layer of competition. The simulations make it possible to try to make decisions in the game and then have a dialogue about what will happen, she adds.

To work with individuals and groups in a change process, change management, is not a new topic. But a rise in relevancy has come within the latest years where change and technological development are happening faster. The games of Actee are great tools to give leaders a better theoretical understanding.

According to DFDS, it is not possible to measure the effect of the use of the games directly, but they have contributed to the positive development of leaders. In particular, they mention the benefit of being able to test theories in the games rather than first trying them out in practice in real situations.

That is the philosophy behind the 32 games from Actee. It is possible to play the games individually, groups against other groups or on a computer. Each game can be customized to fit the company so that the challenges and stakeholder profiles match those who play it.

“Instead of listening to a lecture or watching a PowerPoint, a game enables you to try and implement the theory. You play with a theory on a phone or on a computer and discuss the challenges and choices in the different scenarios and what happens inside and with us when we meet the challenges,”

The idea is that with aid from the game you have to create something that is similar to a real, practical situation, where you and test known theories. In that way, you gain experience in handling some of the situations you will be in as a leader.

One of the most popular games is about the implementation of a new IT system. And it can be very useful to be prepared for how employees can react in such a situation.

“Some will be very fond of the new system, as it is faster and more effective, while others do not like the way they have to learn a new system to know. Employees will react in different ways and have to be presented for the change in varying manners,”

He refers to a case where a salesperson may seem very sceptical as a result of a poor implementation so that it affects the turnover of the company. In this way, the choices made may lead to new discussions that can impact the way decisions are made, if they were right or if something needs to be done differently so the employees react to change in a better way.

Leif Sørensen believes that the tools are perfect for identifying and develop talent because it makes it possible to try many different scenarios and not least because they are often played in collaboration with others.

“You get access to how people handle situations and the group collaboration that they are part of. When developing talent, you will often have to try out different situations, where you cooperate with others, because you are dependent on your style of cooperation all the way through an organization, until you reach the top level. That is why it is important to develop your soft skills and get an understanding of the reactions that you meet,”

It is possible to collect data and statistics from the games, he adds. That way you can get an overview of how you handle and solve challenges compared to people in other industries and get an understanding of your own profile and development.

“When you combine development and exercises in a game, it is because of the way it is motivating and that is a great way to engage people in the learning process,”

“Games are very engaging. We make people digest a lot of theory because they need to use it in-game, which means that on a course day you can get through many chapters, that is meant to prepare you for the choices you will have to make. We use the games to make the participants interested in a subject for a period and in an in-depth way,” he explains and puts value into the social aspects that it has to play with others.

“The competitive element is important because you engage yourself,”

Even though some of the topics that the games handle can be very emotional and contain massive challenges for the affected stakeholders when implemented, Leif does not experience that the participants are sceptical towards learning theory through games.

On the contrary, the participants see the positive in preparing for that kind of situations as well.

Nevertheless, they still haven’t managed to create a game in collaboration with a company, based on a situation where an organization has been through a round of dismissals. That is because of the image it would create, Leif explains.

“It’s a difficult topic to base a game on, especially when it comes to having a company as co-creator because the company then signals that they are preparing to re-organize and that might mean a change in profiles or dismissals”

He believes that the biggest challenges occur in either the technical or in having to accept the theory as a premise in the game. The fact that you cannot argue with the scenarios and consequences that will arise because they are dependent on the theory.

At DFDS they still have left to experience a situation, where either the topics or the acceptance of the premise has been a challenge. That can be linked to the industry they operate in.

“We are very practical in our industry, so it suits us well not to sit in a corporate world when you have to learn this. It needs to be something that everybody can relate to and gather around. In our sessions, it’s not unusual to have a captain, an engineer, a leader from the restaurant, a general manager from a foreign location and a financier from the headquarter on board.”

And don't forget you can register for free here and try out some of our games.